We have been great fans of the beautifully crafted Vezelay wines of the La Cadette for some time after first noticing them on the wine list at iconic Paris restaurant Le Chateaubriand. We have visited Jean and Catherine Montanet and their son Valentin on a number of occasions since then in the small village of St Pére near Vezelay and have always been inspired by the quality of their wines and the precision of the winemaking.

There are three businesses which they operate. La Cadette is owned by Jean and Catherine Montanet and the wines are made by Valentin Montanet.

Montanet-Thoden is owned by Catherine Montanet and Tom Thoden and the wines are now made by Valentin who is showing that he has learned well from his father and is making wines of the same purity but with his own distinctive stamp.

These domaines practice organic viticulture, use no pesticides or herbicides in the vineyard and no additives in the winemaking process. The grapes are fermented using only the naturally occurring yeasts.

If you visit St Pére you can’t miss their public cellar door just at the entrance to the village. At various times of the year, especially in summer they  have soirees in an adjacent wine bar. They advertise them on the facebook page for Le Pied dans Le Plat. 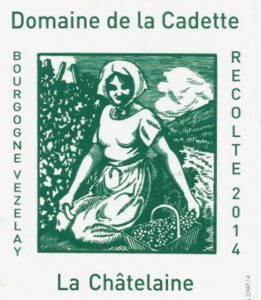 La Châtelaine is one of La Cadettte’s best cuvées made from the only permitted white grape variety in the newly upgraded Vézelay appellation, Chardonnay. The appellation was previously Bourgogne Vezelay but was promoted to Vezelay due to the superior quality of the white wines in this region.

The wine comes from grapes from the vineyards on the pretty south-facing slopes of the Vézelay hills.

The grapes are harvested by hand and then fermented naturally in stainless steel tanks.

This is a beautifully-textured wine, showing that white wines of considerable elegance can be produced in this region.

All of the La Cadette wines are made with skill and care and result in clean, clear, flavoursome wines of great elegance. Rarely do you find such consistency of flavour and texture as in the wines of this domaine.

It is easy to determine why many of the great restaurants of Europe including Le Chateaubriand and others stocks the wines of this domaine. 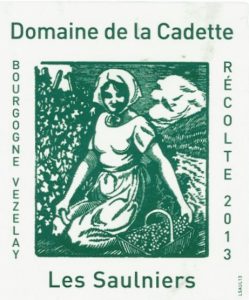 Les Saulniers is another white cuvée made entirely from Chardonnay.

The Les Saulniers vineyard is a beautiful parcel of land situated on an old road once used by salt smugglers, who extracted contraband salt from the water at the nearby “Fontaines Salées”. The vines are beautifully tended and show strength from their organic treatment.

This wine was bottled in March 2014 after spending approximately six months in vats.

It has a liveliness and freshness that is very appealing for such an elegant wine. The finish is very long and interesting. It is one of the best Chardonnay wines from the northern area of Burgundy that we have tried. It has elegance, flavour, a beautiful acid backbone and lots of structure. 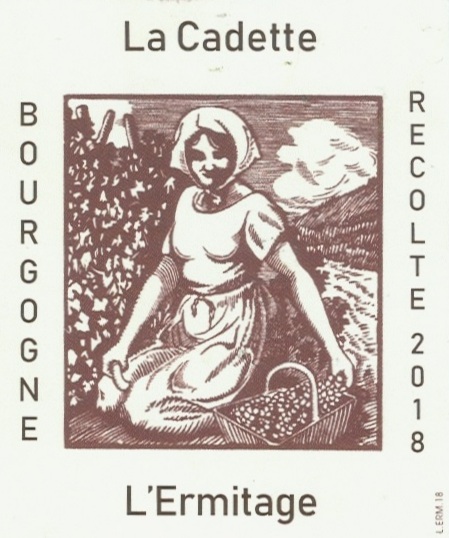 This wine is made primarily from Pinot Noir (80%), but it also has 20% of the rare César grape that is permitted in the Yonne region of Burgundy. This grape has been grown in this area since Roman times (hence the name).

This wine is therefore quite a rarity because of the inclusion of a grape variety that is permitted in this part of Burgundy but is rarely spoken about.

César is permitted only in the communes in the Yonne department and very little wine from this area makes its way to Australia. However this wine definitely benefits from the inclusion of this spicy grape variety. We love it.

The vines grow on a very steep south-facing slope, in the rural district of Vézelay at a placed called l’Ermitage after which the wine is named.

This is a beautiful, savoury Burgundy with a lingering finish and with a hint of the exotic from the use of the César grape. 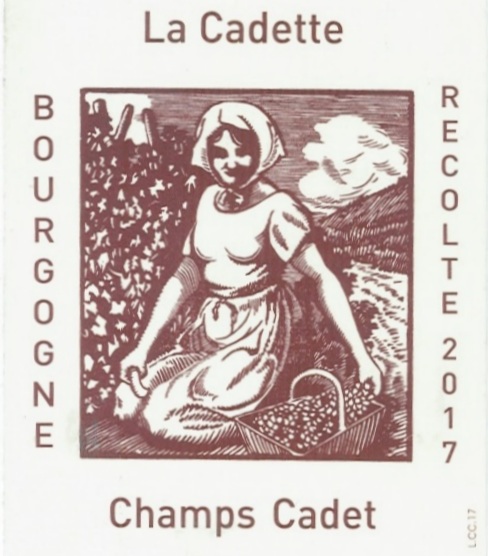 While we originally approached the Montanet’s because of their white wines, we soon discovered that their red wines are equally as delicious. This red Burgundy is made from 100% Pinot Noir even though small quantities of the César grape are permitted in this region. The Champs Cadet vineyard is one of Cadette’s most remote and difficult with lots of stones littering the surface. This is a lovely wine with a velvet texture provided by maturation in old oak barrels, but also with the trademark freshness that makes these natural wines so appealing.

Here is what a recent edition of the Kermit Lynch newsletter had to say about this wine:

“Renowned here in France, especially in Parisian wine bars, for its Vézelay blanc, Domaine de La Cadette makes this bottling under the generic Bourgogne rouge appellation, yet this is no generic Pinot Noir. It is from an organically farmed, stone-littered parcel isolated in the forests behind Vézelay. A sip of it is a veritable autumnal walk through the woods you’ll find earth, wild cherries, and trompette de la mort mushrooms in there. Try to find that in your average over-cropped, wrong side of the RN74 Bourgogne rouge!” 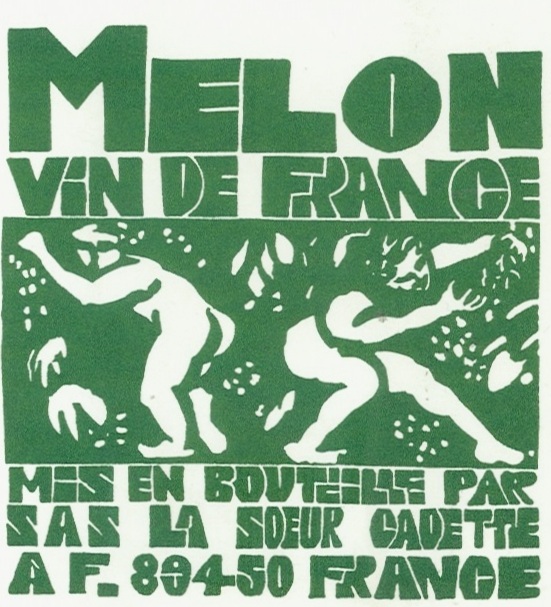 The first time we tried a Melon de Bourgogne from this domaine we were amazed by the purity of the fruit and the depth of flavour (this was at the iconic Paris restaurant, Le Chateaubriand).

This grape is common in the Muscadet appellations found around Nantes near the Atlantic coast, however it has almost disappeared from Burgundy. We knew that there were very few producers of this wine left in Burgundy and even fewer who practice organic agriculture.

This wine is a great favourite of ours especially given the price considering how little is produced. It is a perfect food wine marrying well with many flavours, but it comes into its own with terrines, parfaits, charcuterie and other light meat dishes.

Normally this cuvée is made with grapes partly from the Cadette parcel and partly from another grower but in 2018 they had enough grapes to make it entirely with grapes from the estate, which is certified organic and has been for many years. 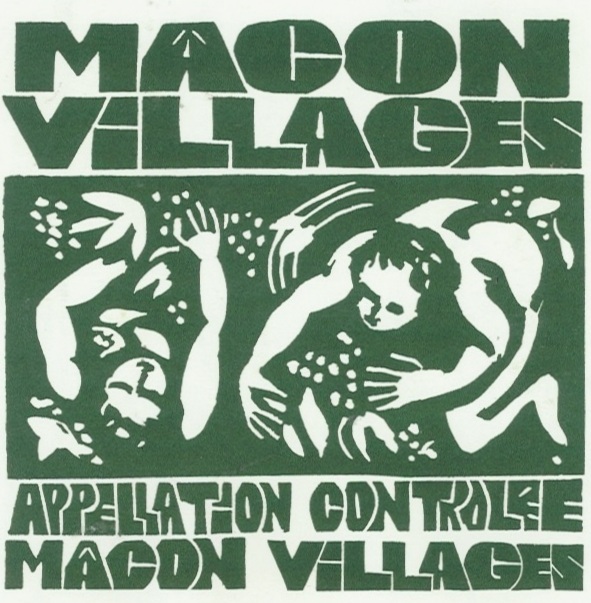 The La Soeur Cadette Mâcon Villages is a true négoce wine, made with purchased grapes from the north of Mâcon. This wine is not certified organic, but Valentin, who visits the vineyard each year, has assured us the farming is organic.  Valentin and his team pick the grapes and take them back to Vezelay to make the wine.

Therefore the wine is labelled with their ‘negoce’ La Soeur Cadette designation. This is all due to the rules laid down by the French wine authorities.

As a result, this is a very beautiful wine made entirely from Chardonnay grapes and aged in stainless steel tanks . It is also a very reasonable price for such a pure white Burgundy. 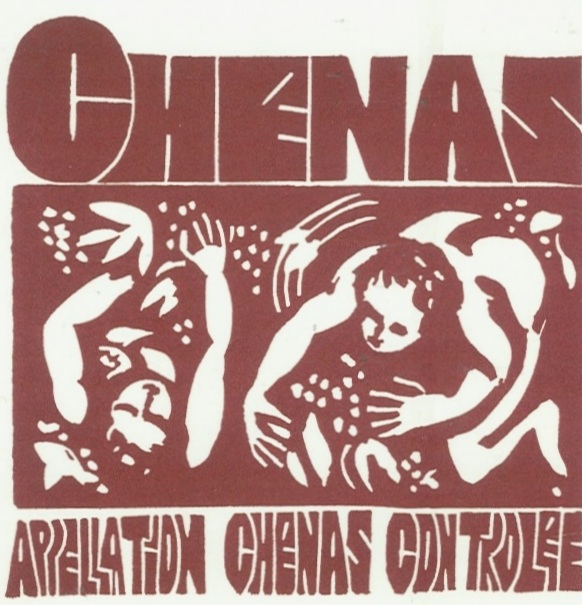 Over the past few years following a disastrous harvest in the north of Burgundy where the Cadette vineyards are situated, Valentin decided to purchase grapes from the south to tide them over. This can be done through their négoce business La Soeur Cadette.

He located an organic grower who sold his grapes to the local co-op so he offered him a better deal. The grapes are brought back to their facilities in Vézelay where the wine is made.

These grapes come from the Chénas region, one of the 10 cru areas of Beaujolais. This is a perfect example of this appellation for all of you who love the Gamay grape at the top of its game. 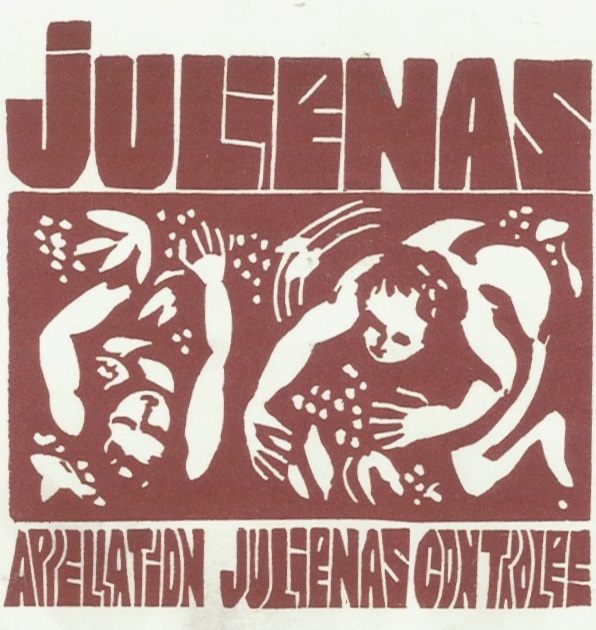 As with the Chénas described above this is also a wine released under their négoce label La Soeur Cadette because the grapes were purchased, not grown on the estate. Juliénas is also a cru region of Beaujolais and this wine is a beautiful expression of that region. 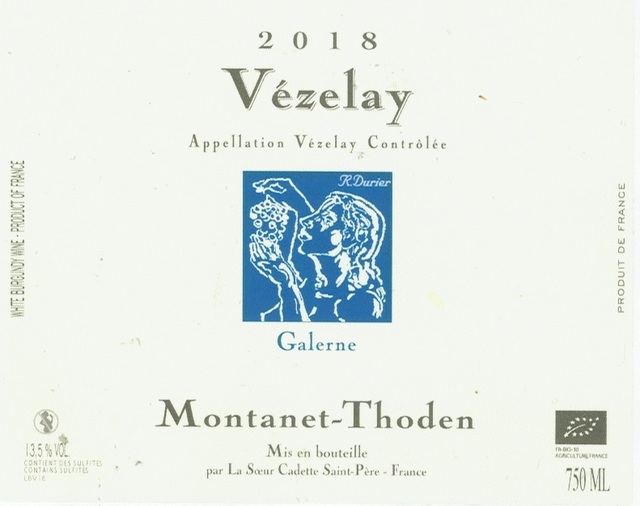 Domaine Montanet-Thoden is Catherine’s domaine but the vineyards are maintained by the same people and the wines are made by the same crew that make the Cadette wines.

The vines are only fifteen years old but are already producing excellent fruit due to the organic cultivation and the presence of lots of limestone in the clay soils. It is a great place for fossil hunting!

This is a lively 100% Chardonnay packed with white flowers and impressive minerality backed by a bracing acidity and beautiful, rounded flavour. The grapes are hand-picked and then pressed very gently. It was fermented in stainless steel using wild yeasts to provide added complexity.

Notice on the label for this white wine there is no longer the Bourgogne Vézelay appellation because the white wines made in the Vézelay, Asquins, Saint-Père and Tharoiseau communes have been “promoted” to the same level as Volnay and Pommard for example, where they are permitted to just display the name of the lead commune, namely Vézelay. This is recognition of the quality of the white wines being produced here. 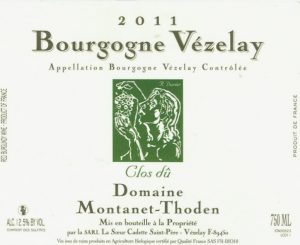 Domaine Montanet-Thoden is Catherine’s domaine and this year the Clos dû cuvée was made by her son Valentin who has been working with Jean in the winery for a number of years.

And this wine shows both the similar winemaking technique learned from his father and the slight twist which this talented young man has put on the wine.

This is a very fine example of a Bourgogne Vézelay which must, by law, be a white wine made from 100% Chardonnay.

This cuvée benefits from the clay and limestone soils in the area which give the strong minerality to the wine. 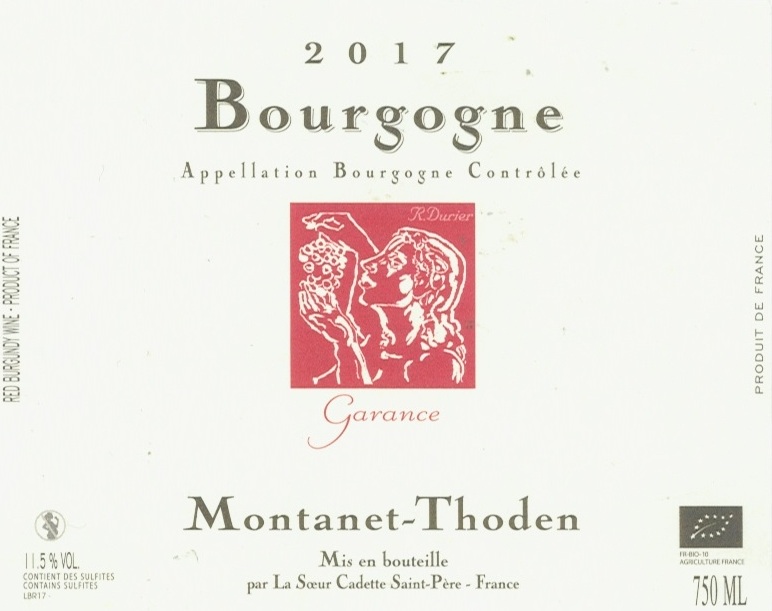 This red is also from Catherine’s Montanet-Thoden.

This red burgundy is a very good example of a red wine from the Vezelay region. The end result is influenced by the fossilised limestone soils that are found here – giving the wines a lively minerality. Remember that this vineyard is just to the south of Chablis and shares some of the famous limestone from that region.

The grapes for this wine are hand picked from the small plots of vines, destemmed, fermented with native yeasts and matured in old oak barrels. Little sulphur is added to the bottle to maintain the freshness of the wine.

And, by the way, the wine is named after a blue flower that is found within the vineyard. The flower has red roots from which the colour used to be extracted to make a dye. This was used in World War 1 to make red trousers for French soldiers.