Domaine de l’Escarpolette is the domaine of Ivo Ferreira who produces stunning red and white wines in the Languedoc. 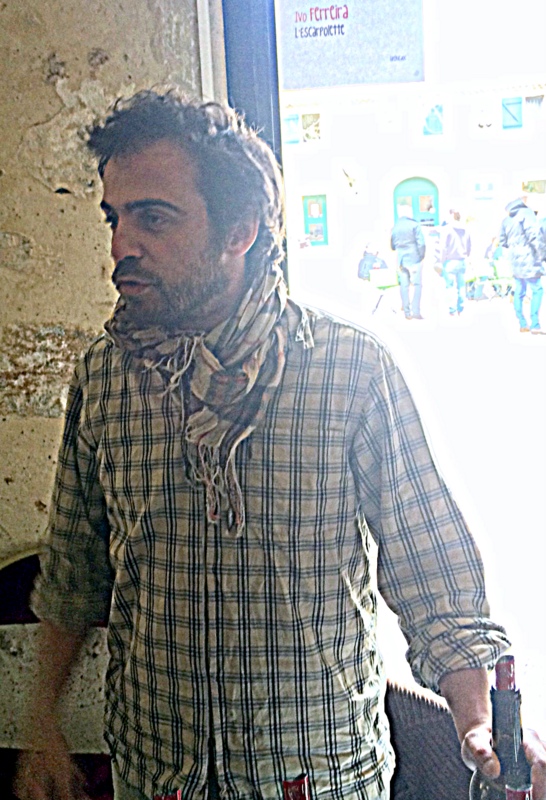 We must admit that we were at first attracted to his wines through the stunning labels which feature Japanese calligraphy created for him by a friend who is a master of this art form.

However when we tasted the wines we were transfixed by their complexity and elegance and were determined to bring them to Australia.

And it is not surprising that he is turning out amazing wines when he has worked with such legends as Jean-Marc Brignot from the Jura (now working on a vineyard in Japan) and Jean-Pierre Amoreau from Bordeaux which explains why he is making an elegant old-vine Merlot called L’Enchanteur.

He only has about 5 hectares under vine and the soils are clay and limestone.

Ivo is certified organic with Ecocert. 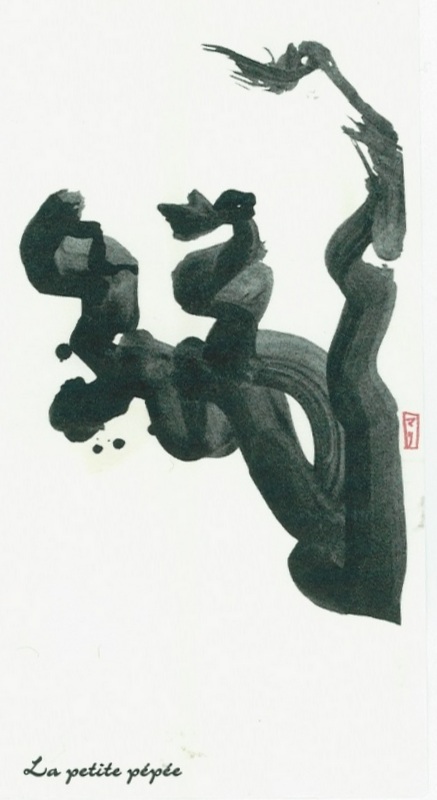 The La Petite Pépée is an interesting wine due to the winemaking technique used. The grape used is Grenache Noir, a red grape, but the wine is a white wine!

This technique relies on the fact that red grapes almost always have white juice except for a few cases called teinturier grapes where the flesh and the juice is red (Gamay de Bouze is an example). The colour of most red grapes is entirely in the skins. Therefore if you crush non-teinturier red grapes carefully and immediately remove the skins from the juice it will be clear.

And this is what Ivo has done. He took a selection of red Grenache grapes and crushed them to produce a style of wine known in France as un blanc de noir. 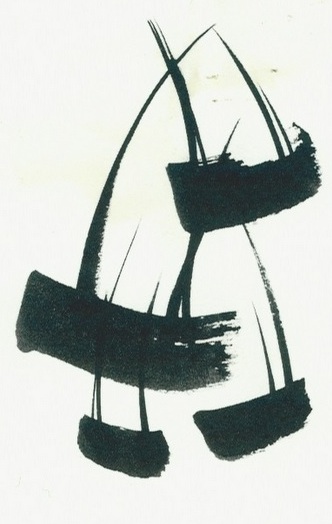 Ivo has released the 2015 version of his electrifying orange wine called Le Blanc. It is made from Muscat à Petits Grains, Terret Blanc and Grenache Blanc. It had about 14 days of maceration before pressing so the tannins are very light, and with no added sulphites, is also very fresh and drinkable.

It definitely exhibited spicy notes for us such as cinnamon as well as some hazelnut nuances which is often produced by mild oxidative treatment. There was also some fenugreek notes that signals the presence of sotolon which is a characteristic that we only find in naturally fermented wines.

While there has been some skin contact the wine is not the slightest bit tannic (such as we find in the skin contact wines from Friuli in Italy where the skins are left in contact for much longer), in fact it was a fresh, lively wine with a bright finish.

Ivo has made another orange wine this year, entirely from Muscat à Petits Grains, called Celeste. It’s arrived in a naked bottle without absolutely no label affixed but a beautiful ticket tied to the top with string. We are currently working on a solution to make the information slightly more permanently attached to the bottle but we have tried it and it’s definitely a complex, fascinating wine. Slightly less juicy but more lifted than Le Blanc. Supplies are very limited as we were only given a small allocation of this wine.

At our tasting in Montpellier when we caught up with Ivo, he explained that he had named this wine “cheeky boy”  because young Carignan vines have a reputation for being troublesome. This wine has 25% of grapes picked from young Carignan vines and the rest is made up of Grenache.

The Carignan vines grow on a small plateau with clay and gravel soils in the commune of Lagamas which lies about 30 kilometres inland from the city of Montpellier in the Languedoc.

He explained that he allows carbonic maceration to occur for about ten days and then allows the natural yeasts to take over and finish the fermentation.

The vibrant colour is a deep red and the wine has notes of red fruits, spice, cocoa and even hints of licorice on the finish. There is a really nice balance to this wine with delicate tannins rounding out the fruit flavours.

This wine was bottled in November after a period of fermentation using the carbonic maceration method to start the fermentation. The grapes used for this wine are the Languedoc favourites, namely Cinsault, Carignan and Syrah.

This is a wine that exhibits balance and a harmony that derives from the harmony in the old-vine vineyard.

The wine was naturally fermented in concrete tanks and then transferred to old wooden barrels.

The Jeux de Mains is an amazing wine made from carefully selected grapes from a very old vineyard of Cinsault.

The whole grapes undergo 10 days of maceration before the juice is transferred to old barrels to mature for one and a half years.

We have received the 2014 which is lighter and more refined than the 2013, a wine that should last for many years

This lovely wine is made from one of our favourite grapes, Carignan! This is even more exciting for us because it is made from grapes picked from very old vines from a very high vineyard that give more structure and flavour to the wines.

The vineyard is bathed with north winds to cool the vines and provide more acidity to the wines. The vines are over 70 years old which gives even more structure and complexity to the wine.

This brooding beauty is made from 100% Merlot grapes picked from vines that are at least thirty years old which thrive in clay and gravel soils which only ever receive a very light ploughing. This wine exhibits firm tannins and has power and structure on the palate.

After the grapes were picked very early in the morning, they were placed in small crates to avoid crushing. The grapes were fully de-stemmed, then macerated for ten days without punching down or pumping over. The wine was fermented with natural yeasts in concrete tanks and then transferred to old Bordeaux oak barrels for ten months on lees with occasional battonage.

The wine is named after the legendary Merlin the Wizard.

Only 300 bottles of this wine was produced!

Brutal (yes … another Brutal to join the community of Brutal wines that stretches from Spain to Austria. Ivo’s Brutal 2015 is a light red, perversely made largely with Grenache Blanc, with a smaller proportion of Grenache Noir and Cinsault. It’s very light, fresh and easy to drink – quickly.