The l’Octavin wines are lovingly crafted by Alice Bouvot in her Arbois winery using organic grapes from her 3.5 hectares of vineyards scattered around the outskirts of that beautiful town.

The vineyards, which include some of the best lieu dits (a lieu dit is a named place that has official recognition in France) available including En Curon, La Mailloche, Les Nouvelles and Les Corvées are certified organic by Demeter as are her winemaking methods.

There are absolutely no additions to the wines. It is fermented grape juice with the fermentation carried out by the indigenous yeasts. She does not add  sulphur at any stage nor do they filter or fine the wines. Octavin are also certified biodynamic by Demeter.

Octavin produces a bewildering array of wines in the tiny winery. Some are classical Jura wines such as the Pamina Chardonnay or the Dorabella Poulsard, while others are fascinating wines with a ‘twist’ such as the Culrond Poulsard which is vinified as a white wine even though the grapes are red or the Zerlina which is a blend of Trousseau with Pinot Noir. Octavin also makes a stunning non-appellated Vin Jaune (called Cherubin) of which we hope to receive a small allocation. 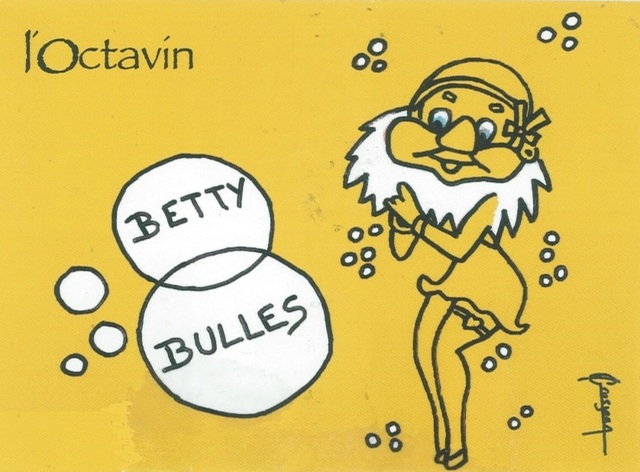 The Betty Bulles is a lively and delicious pet nat from Alice from Octavin. Our first glass of this wonderful sparkling wine was quite thrilling with the depth of flavour and the purity of the wine being very satisfying.

And it not your normal assembly of grapes for a pet nat. It is made from grapes sourced from other organic producers due to the scarcity of Alice’s grapes in 2018.

For this wine she sourced Molette from Bugey, Muscat from Roussillon and Viognier from Beaujolais.

The wine was disgorged in January 2019. 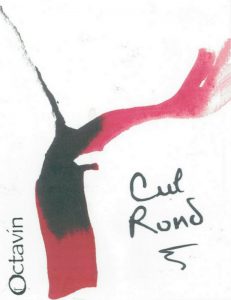 The Cul Rond is an interesting wine because it falls into the category of wines that the French call “Blanc de la Rouge” – that is a white wine made from red grapes. The technique and background is very simple. Nearly all red grapes have white juice. Only those which are in the tiny category of teinturier grapes have red juice (such as Gamay de Bouze which is found in the Loire Valley in tiny quantities and Saperavi from Georgia, for example). These grapes have the anthocyanins which provide the colour in the pulp of the grape whereas with all other red grapes they are only found in the skin. So the red colour comes from extended contact of the skins with the juice after pressing.

Therefore if you press most red grapes to extract the juice and immediately separate the juice from the skins you will be left with clear juice. And that is exactly what Alice has done with this wine. The Ploussard grapes were pressed and the juice was separated from the must to create a white wine rather than a red wine.

And an interesting white wine it is. It has the aroma of a Ploussard and even the texture of a red wine but is actually white. This wine is only available in small quantities.

This wine is 100% Chardonnay made from biodynamic grapes sourced from 40 year old vines in the «La Mailloche» vineyard which lies quite close to the town of Arbois in the Jura.

The name comes from the lovers Pamina and Tamino in Mozart’s rationalist enlightenment opera The Magic Flute.

The wine is matured in old oak barrels for 18 months prior to bottling.

There is a pleasant level of oxidative quality (from the time it has spent in old wooden barrels) in this beautifully balanced wine that displays hazelnuts and sherry aromas alongside a zing of citrus and vibrant minerality.

This is a lively wine that begs to be served with just about any food you like! 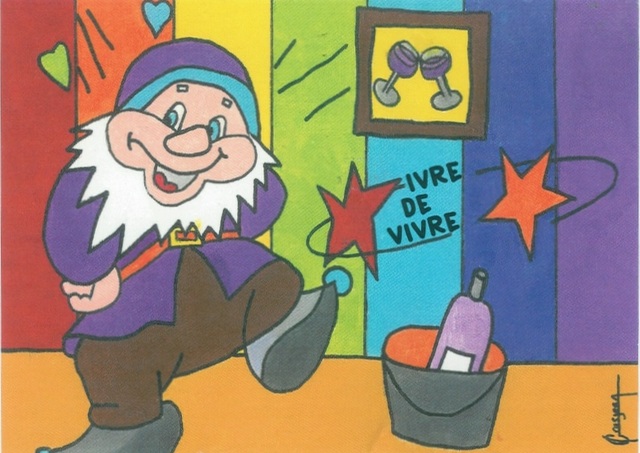 In 2017 Alice needed to find other organic grapes to supplement her poor harvest in the Jura. She visited a number of friends throughout France, picked their grapes herself and then brought them back to her winery to make the wine.
For this wine, Ivre de Vivre, she sourced the Viognier grapes from the Bully region (which lies north-west of the city of Lyon) from Jean Francois Debourg whose vines are in conversion to organic certification.
This is a lovely, fresh, minerally white wine that is perfect with a wide range of foods. The grapes were direct pressed then fermented in tanks before being bottled in May 2018.
And we love the idea of a wine that is called “drink to live”.

The grapes used in the cuvée are Pinot Noir sourced from vineyards in which the soil  is composed of grey marl and limestone which gives the interesting minerality notes to this wine.

ULM underwent 7 months of carbonic maceration and was then transferred to old barrels for approximately 10 months. It has beautiful texture derived from the extended skin contact and a bracing core of acidity that gives life to the wine. 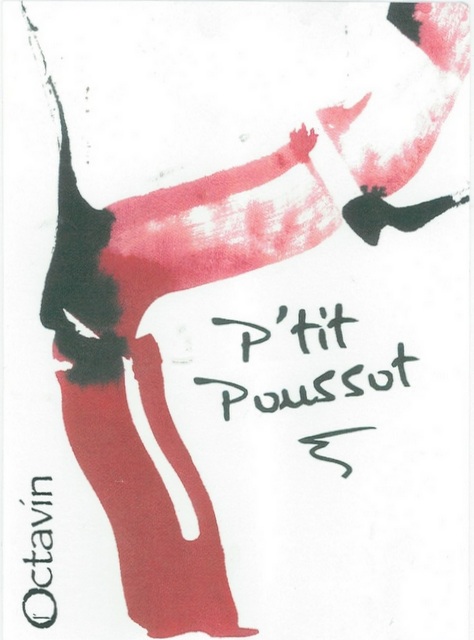 This delicious wine is made from Chardonnay grapes sourced from a plot Alice has in the “en Poussot” vineyard near Arbois which sees clay derived from limestone as the soil which sustains the vines.

Alice picked the grapes by hand, direct pressed them and the juice went into old barrels to ferment with natural yeasts. The wine was kept in barrel for nearly a year to mature and develop.

The resultant wine is complex and profound with a strong streak of minerality. 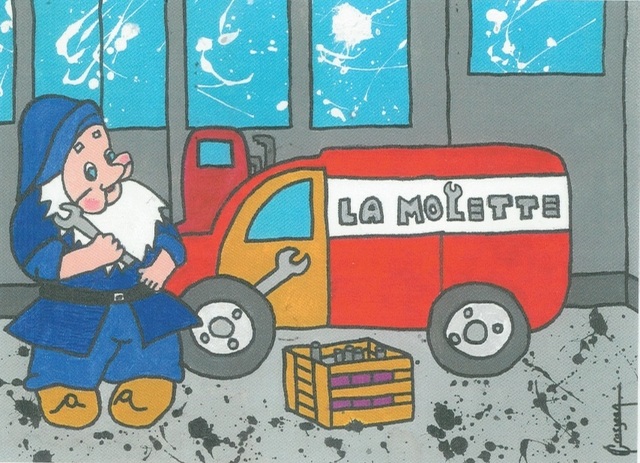 This wine was made from certified organic grapes that Alice picked from the vineyards of Domaine Trichon in the Bugey area which lies between Beaujolais and the Jura.

She returned to the Jura with the grapes and direct pressed them before leaving them to ferment and mature in tank before bottling in May 2018.

The wine is made from 100% Molette, a white grape variety found in the region to the west and south of the Jura extending into the Savoie.

Molette is a child of the Gouais Blanc grape variety (the same as many varieties including Chardonnay) and another as yet unknown variety.

This is a bright, fresh and lively wine that makes a very nice aperitif. 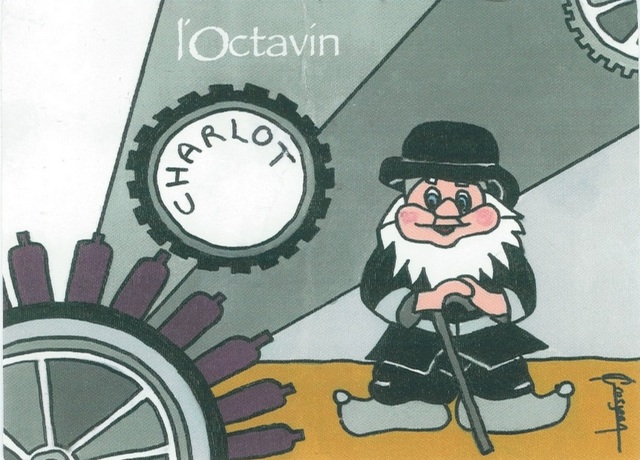 The Charlot is designated as non-vintage because it is made from three grapes varieties that were vinified separately, one in 2016 and the other two in 2017.

The majority of this wine is comprised of certified organic Merlot picked from the vines of Thierry Goult of Domaine de la Saulsaie near the impressive walled town of Carcassonne. Alice macerated the whole bunches of Melot that she had picked from thirty days. In April 2018 she combined the Merlot with some of the Molette and Muscat that she had for other wines adding 11% of Molette and 4% of the Muscat. She then let this assemblage sit in tanks for a couple of months until she bottled it in June 2018.

This is an intruiging wine that is light, bright, fresh and very moorish. 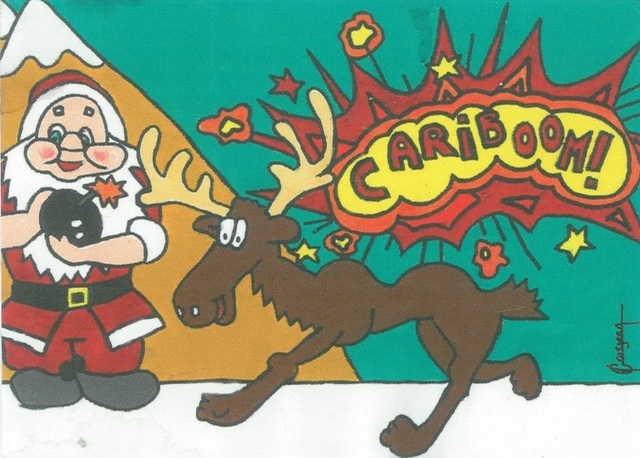 The Cariboum is another example of Alice making a red wine and then lightening it with carefully selected white wines to produce a light, fresh and very drinkable wine that demonstrates complexity and drinkability at the same time.

For this wine she has mainly used Carignan grapes (88%) picked from the clever Remi Poujol in the Languedoc. She macerated the whole bunches of Carignan for twenty days before pressing.

This is another very smashable wine that has length and has depth. Delicious!

Zerlina is a blend of Pinot Noir and Trousseau that has been matured in fibreglass tanks. It is a light and lively wine that can be sipped on its own without the need for food. It was sourced from the En Curon vineyard which is littered with limestone pebbles on a base of grey marl. 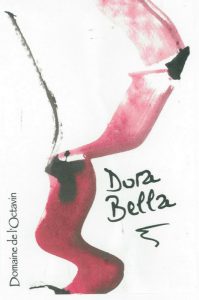 This wine is made from Poulsard grapes from fifty year old vines sourced from the «En Curon»  vineyard. The wine is named after one of the sisters from the opera Cosi Fan Tutte. We particularly like the mouth-feel of this wine with its generous texture and lovely acidity backed by very subtle tannins. This is a result of 6 weeks of maceration of whole bunches.

As you would expect from a wine made from the Poulsard grape there are lovely notes of strawberries and cherries, but there is also a lingering herbal note that reminds us of marjoram or oregano. There is also some beautiful spices and pronounced minerality shining through. It is fresh, juicy and light – just what you expect a good Jura red wine to be.

Some carbon dioxide remains in this wine to enhance its freshness, but these bubbles soon disappear in the glass. It is 12.8% alcohol and was bottled in May 2017.

This wine is certified organic with Ecocert France and biodynamic with Demeter. 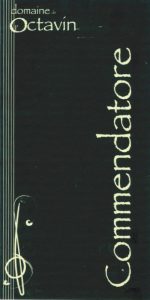 This is a Trousseau from the «les Corvées» vineyard which lies close to the village of Montigny les Arsures where the terroir is considered to be perfect for the sensitive grape variety. It is here that Puffeney and Michel Gahier tend their acclaimed vineyards of the Trousseau grape.

This lighter style of red wine has aromas of fresh strawberries, cinnamon and Sichuan pepper.

The grapes were 90% destemmed for this vintage and neither pigeage (stomping the cap down) or remontage (pumping over) were performed during the 7 months of maceration.

This wine clearly displays the minerality of the Jura soil.

Here is what the famous Chambers Street Wines said about this wine recently:

This cuvee is 100% Trousseau from the Les Corvées vineyard not far from the village of Montigny-lès-Arsures. The grapes are partially destemmed and see seven months of skin maceration during which there is no pigeage or remontage. It is incredibly fresh with strawberries, rose petals, cinnamon, and delicate notes of spicy peppers on the nose. The palate is bright with minerals and lifted fruit, making this this wine a perfect companion to fattier foods. 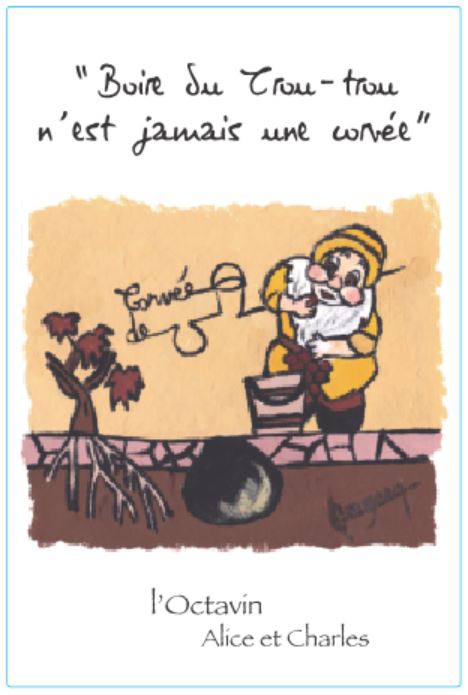 This wine is a Trousseau made from grapes sourced from the Les Corvées vineyard which is close to the village of Montigny-les-Arsures (which is where Michel Gahier makes his lovely Trousseau wines).

Notice that this is a Vin de France rather than being under the Arbois appellation.

However, it is a fascinating wine. The flavour is fully developed and very appealing. It has the colour of a rosé but the weight and texture of a red wine making it a very versatile food wine but also perfect as an aperitif.

The grapes were destemmed and macerated for 2 months. The wine is certified as both organic by Ecocert France and biodynamic with Demeter.

The Cherubin is complicated this year! It is not bottled in a 620ml clavelin and it is not labelled as a Vin Jaune yet it has spent 7 years “under the veil” without any topping up (it normally takes a minimum of 6 years and 3 months to mature).  This wine displays all of the desirable characteristics of a Vin Jaune.

However, they have not applied for appellation status for the wine this year therefore are unable to put thewords Vin Jaune on the label nor are they able to use the standard 620 ml bottles. However, it is still the same wine with just a bit more in the bottle!

It is nutty, it is fresh, it has lovely acidity and it lasts and lasts on the palate. We only have a very small allocation of this wine.