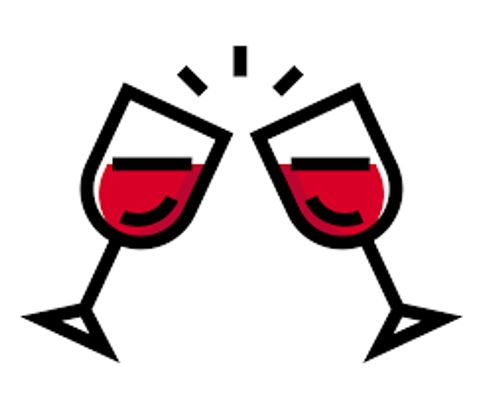 In the first part of this article published in Wine Talk for April 2017 we discussed the importance of the human aroma receptors, volatile compounds associated with wine, the link between aroma receptors and the brain, how aroma is a construct of the brain and how different people smell totally different things in wine sparked by different memories.

This second part is going to explore flavour and how it too is a construct of the brain. But there is even more going on with flavour because molecules that tell our brain about flavour are partly created as we taste the wine by the all-important bacteria in our saliva before the wine reaches our rather inadequate taste receptors.

We will also address the issue of the mix of flavour and aromas as we taste wine because after tasting it we get the chance to detect aromas again through volatile compounds being released at the back of the mouth and entering the nasal passage from there – this is known as retro-nasal inhalation.

The important point we want to emphasise again is that flavour and aroma are constructs of our brains and different people taste different things in a given wine. There is no one answer, there is no one flavour. And this is why one person can find a wine delicious and another might hate it.

This is clearly spelled out in a recent article by the famous Harold McGee[1] who has studied this topic deeply:

Each of us has perceptions that don’t necessarily correspond to someone else’s. These days, neuroscientists are telling us that flavor is all in the brain. Flavor is a perception, an experience that’s constructed in the brain. Food is made up of molecules, and molecules by themselves don’t have any sensory qualities. Our experience of food is sensory: there’s taste and smell and pungency, texture and temperature. The chemical and physical materials that generate these sensations in us do not, by themselves, have any of those qualities.

This partly explains why different people react differently to the same foods or beverages. We can vividly remember an evening in Kuala Lumpur when we first tried the Malaysian specialty called tempoyak which is made from fermented durian. We loved the almost fetid aroma and the creamy, earthy, taste, but a friend who was with us thought it was the most revolting thing she had ever tried to eat.

This may explain the dissonance in the wine community. Wine judges and fine wine enthusiasts have trained their brains to perceive certain qualities in wine and they expect the wines to conform to the norm. Something outside their experience is often rejected as not being a “proper” wine.

But there is another community that finds excitement and interest in different wines with different perceived flavours and textures. Many of these people have rejected the existing paradigms and are looking for new flavours, new textures and new aromas.

In this article we are going to explore the various aspects of taste which explain why some people find a wine delicious and others don’t – or at least we will try!

Part of the confusion about taste and perception was the long held theory that different parts of the tongue were responsible for detecting the primary tastes (sweet, salty, sour, bitter and umami) with sweet being detected at the front of the tongue and bitter at the back.

What has been discovered subsequently is that some parts of the tongue are more likely to detect a particular taste at low levels but all parts are capable of detecting higher levels of each taste.

However, the text books are still riddled with out of date “taste maps” with sweet at the front of the tongue and bitter at the back.

Another impetus for this part of the article was reading a paper by Chandrashekar and others in the journal Nature which was entitled “The receptors and cells for mammalian taste”[2]. This gave us a much more modern take on how we taste and how taste receptors work.

In the abstract to the paper they made a comment that resonated with us:

Contrary to what was generally believed, it is now clear that distinct cell types expressing unique receptors are tuned to detect each of the five basic tastes: sweet, sour, bitter, salty and umami. Importantly, receptor cells for each taste quality function as dedicated sensors wired to elicit stereotypic responses

They have claimed to detect different receptors for each of the five basic tastes and that these receptors lead to the response in humans to that taste.

They have incorporated a diagram in their paper which we reproduce below that shows that all tastes are detected in similar regions of the tongue.

The top part of the diagram on the left shows a taste bud with lots of Taste Receptor Cells which usually numbers between 50 and 150 in humans per taste bud. These buds are found on different “papillae” shown in the centre of the diagram (circumvallate, foliate and fungiform) which are at the back, sides and front of the tongue respectively.

The highest concentration of taste buds (thousands) is at the back and the lowest at the front (two or three). Some people have lots of taste buds others have fewer.

To understand how taste works we need to understand what happens when we take a sip of wine. What is the relationship between the wine and our taste receptors? Where are those receptors? What else is in play apart from the receptors? And then the big question, do different people experience different tastes from the same wine?

When we take a sip of wine and hold it in the front part of the mouth we are able to detect whether it is sour or bitter or sweet or salty.

What then happens is the wine mingles with our saliva?

It is even more complex than this because there are enzymes in our saliva that break the bond between sugar molecules in the wine and smaller aromatic molecules allowing these smaller molecules to vaporise and add additional aromas for us to appreciate.

Or in their words referring to the conversion of compounds in the wine by the bacteria in our saliva:

The hydrolytic activity seemed to be bacteria-dependent and was subject to large inter-individual variability.

By the time the wine has rolled over our tongue it is our own individual wine – we have created a new product!

By now the wine is hitting the many receptors on the sides of our tongue and at the back where the majority of the taste receptors are found. These receptors send molecular signals to the brain and the brain constructs a taste for us based on the myriads of experiences we have had in the past, often before we are born[4].

The first port of call is the part of the brain called the insula where the primary tastes are assessed and the texture is remembered. The signals then move to the front of the brain (orbitofrontal cortex) where the taste and the odour responses are combined. The amygdala section of the brain also assembles an emotional response – do we love it or do we hate it?

By this stage we have almost created our complete reaction to the wine but there is one extra step and that is the contemplation of the wine immediately after swallowing.

At this stage there is still a film of wine in the saliva at the back of the tongue and hence, coming back to the ideas we put forward in Part 1 of this story, volatile compounds are again created from the wine and enter the nose from the other end of the nasal passage.

It is at this point that if you breathe out through your nose you get the most intense aromas from the wine as modified by our saliva. This process is known as retro-nasal inhalation and it is a crucial component for advanced wine tasting.

Of course, the compounds we are now smelling are volatile compounds altered by their passage through our saliva with its payload of bacteria which help form these compounds.

It is a long journey for a single sip of wine, but knowledge of the process has changed a lot over the last few years and we have a much better understanding of how a bunch of molecules in wines with no aroma and no taste associated with them can cause our brains to create the complex array of aromas and tastes that give us so much pleasure.