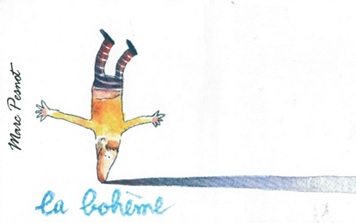 To fine a wine is a process of adding foreign substances to precipitate solids in the wine in order to make it clear. Fining often makes wines unsuitable for vegans and vegetarians.

The term fining is bandied about in the wine community, but when we start to quiz people about what they really mean we get a surprising range of answers, particularly as to why these processes are so common.

But before we talk about wine we would like to talk about honey. There is a world-wide trend towards unprocessed, unfiltered, unheated honey. Why? Because these processes strip flavour from the honey. Exactly the same applies to wine. If a wine is filtered or, more importantly, fined with the addition of foreign substances which remove particles from the wine, then flavour is removed!

So we will briefly explore some of the things that wine is subjected to in pursuit of clarity and gold medals through the fining process. 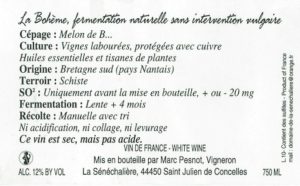 On the label above from Marc Pesnot of Domaine la Sénéchalière you can see the words:

This means that neither acid has been added, nor has the wine been ‘fined’ nor have yeasts been added. The French word ‘collage’ refers to fining – the process used to remove solid particles from a wine through ‘gluing’ foreign particles to the solids in suspension so that together they become heavier and precipitate out and fall to the bottom of the storage vessel.

So, that is the fining process but what are the foreign particles that are used to help precipitate these solids when a wine is fined? Let’s explore just a few examples of how to fine a wine to give you an idea of some of the substances that can be added to wine (not ours though!) to assist this process.

Isinglass is a powder made from dried bladders of a range of tropical and sub-tropical fish. The process of fining by adding isinglass to wine to clarify it was probably started in Germany and spread to the United States and Australia as well as many other countries.

Of course there is an issue here for two reasons. The first is that isinglass can contain the allergen parvalbumin. The second is that it is a fish product and vegans and vegetarians might inadvertently drink wines with traces of this fish product present.

In many countries there is also no requirement to state on the wine label that a fish product has been used in the clarifying process.

In Australia it used to be the case that the use of fish products in wine had to be mentioned on the label if isinglass had been used to clarify the wine. However, in an extraordinary sweep of logic the food safety authority, the FSANZ, removed the necessity after an aggressive campaign by the food, wine and beer industry. In their judgement they said the decision to remove labelling would:

Obviously, if they don’t know that there might be parvalbumin in the wine their choice is broader!!! And of course, vegans and vegetarians are similarly in the dark.

A solution consisting of egg whites, water, potassium chloride (KCl) and potassium chlorate is added to wines in order to remove phenols that cause astringency by precipitation as the proteins in the egg white bind to the large polymers making them even heavier and causing them to precipitate to the bottom of the vessel.

As with isinglass this causes problems for vegans as there are very few countries where it is compulsory to mention the use of egg products on the label.

The use of egg whites was once so widespread in Bordeaux that a new pastry recipe based on a custard was invented (for the famous canelé) to use up the stranded egg yolks resulting from this process. The fine process was widespread because it softened the sometimes harsh red wines of the region allowing them to be drunk at a younger age.

Casein, the main protein in milk is used in almost an identical way to the addition of egg whites. The addition of casein precipitates the larger phenolic compounds from the wine thus reducing the astringency but not with the same efficiency as isinglass.

And now we get to the almost Monty Python position where some people add dirt to clean up a wine!

Bentonite is clay. This clay has high levels of aluminium silicates and is often used when a winemaker wants to fine a wine. The clay particles are negatively charged therefore they attract positively charged proteins in the wine that need to be eliminated.

We haven’t even started on what else can be added to fine a wine. The products include carbon products, a synthetic polymer called Polyvinylpolypyrrolidone, skim milk and many more.

We just don’t want any of this to happen in our wines. Every one of these processes strip out flavour just as they do with honey. In addition, there has been a lot of research to show that only a proportion of these additions to the wine are removed as a result of precipitation, so some of the fish products or eggs or milk products remain in the wine making them unsuitable for vegans and vegetarians.

So if you see the words “Ni Collage” on a label grab it. It means that the producer is serious about their wine. They don’t want to strip out the goodness.

foodtourist
•
Follow
A little bit of the moon from Pupillin in Hobart this Sunday. If you have a ticket to @bottletops_21 drop by and try a taste from these two magic magnums made by Renaud Bruyère and Adeline Houillon (oh and say hello to us too)! Impossibility rare, especially in magnums, it will be a pleasure to share them a little more widely than usual. We’re there for a good time not a long time - possibly only the first hour or until these disappear. That’s about as long as our aged feet will last. (And there’s nothing for sale - this is just for the pleasure of tasting.)
View on Instagram |
1/6

foodtourist
•
Follow
What a joy to finally, after more than 2 years, very briefly visit Melbourne and to eat and drink at @publicwineshop. The best of teams (hopefully we tagged everyone) helm this glorious venue, so reminiscent of the wine bars we love in France that we felt we were walking into somewhere very familiar - or maybe it was @sarahrayfitzsimmons’s surprised smile! An added bonus was @campbellburtonwines generous sharing tastes of some newly-released wines from Cyril Alonso he had had open for trade customers that day. Three tienturier gamays in one cuvée and 31 varieties in another. The world can be grateful for the work Alonso is doing to save so many rare varieties. The wines are alive!
View on Instagram |
2/6

foodtourist
•
Follow
A trip to Launceston: 1-2. The new Elizabeth St @breadandbuttertasmania (including excellent sandwiches) 3. Pasta at @havilahwine (always delicious but an essential address on Sundays) 4-5. @fryed_fishandchips , @kyeemaseafoodstasmania’s new fish and chips shop (because a good fish and chip shop, where the provenance of the fish is known, always comes in handy) 6. Dumplings at @pachinko_eats, particularly full of soul on this trip. 7. Coffee and pastries at @princessquarebar (photo is missing the most immaculate napkins in town). 8. Cataract Gorge walking track (proof we aren’t always eating or sitting in front of a laptop) 9. The chocolate ice cream at @thedevilsownicecreamery (because anyone who makes their ice cream with @elgaarfarm milk and cream should be encouraged)
View on Instagram |
3/6 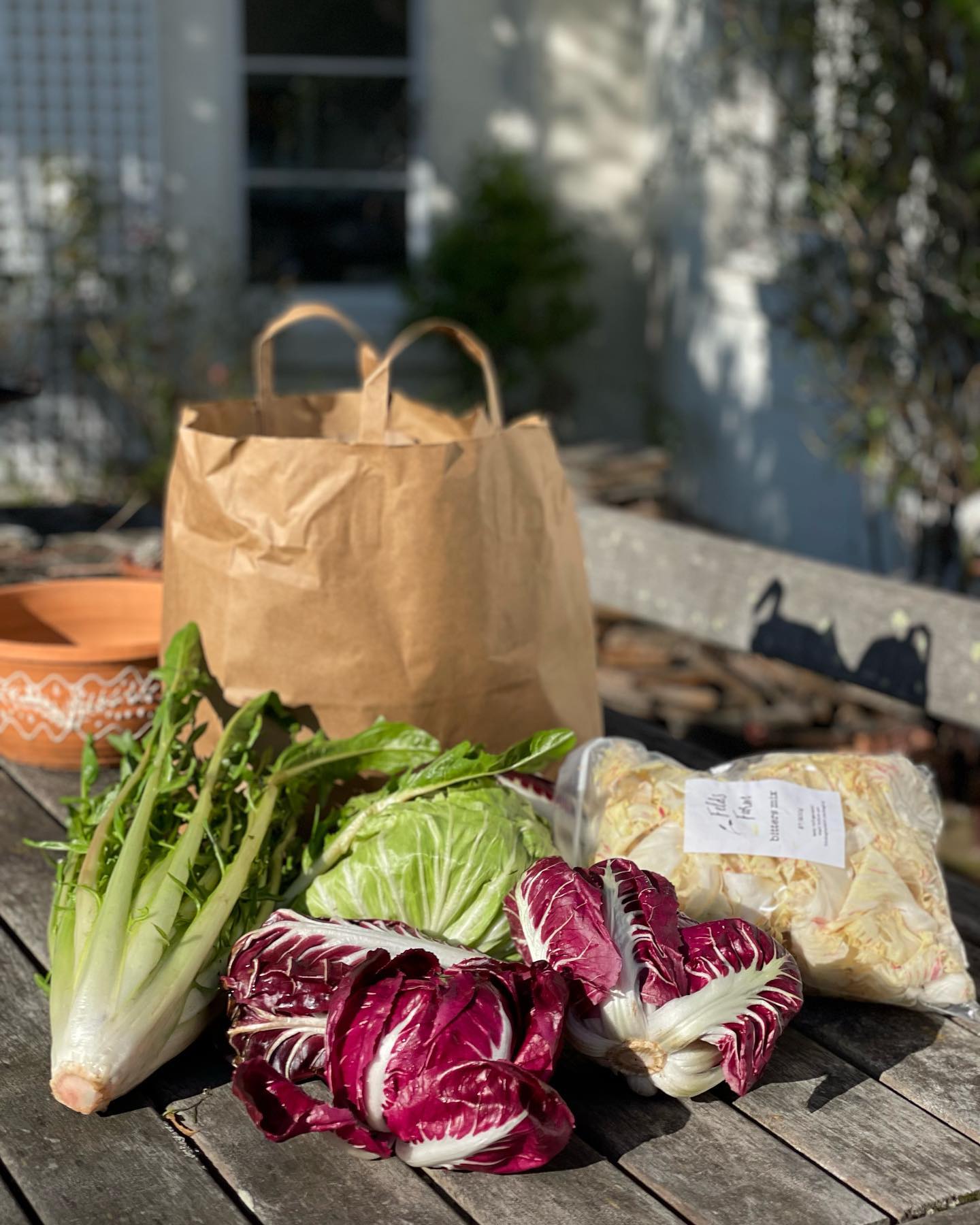 foodtourist
•
Follow
Feeling thoroughly spoilt to have this special delivery of various types of raddichio from @feldsfarm. It came (thanks @joycejohnston2013) just as we just ate the last of another collection from about 3 weeks ago. It’s extraordinary how long they last, especially the dark red ones. If you live in Launceston you can buy direct from them at @harvest_launceston on Saturday mornings. If you don’t live in Launceston these are worth driving for, especially considering their longevity. They are one of the most winter-brightening things we know to eat. So many wonderful vegetables, not part of Tasmania’s rather basic eating traditions (yes we love carrots, potatoes, onions, broad beans etc too but …) which seem to flourish here, including these. It’s a big opportunity. Much of the focus in Tasmania’s agricultural policy is about exporting the things we’ve always grown. Just a small pivot to support / encourage people growing produce that’s currently mostly acquired from elsewhere is surely as worthy a thing to encourage. These types of bitter greens are available in Tasmania but mostly they have come on a boat from interstate. Encouraging the replacement of those imports is surely as worthy as encouraging exports and has the added advantage that if the boats can’t operate for any period (as has happened) the fresh vegetable aisles in the supermarkets wouldn’t be quite as empty. Oh … and if there is any opportunity to support a bigger local globe artichoke crop / season that would be a bonus too!
View on Instagram |
4/6

foodtourist
•
Follow
The view across the bar at @pachinko_eats last week. Lots of our wines at the moment but even if there weren’t it’s the sort of collection that reminds us we are part of a community - wines and sake from importers who are friends, from vignerons we’ve hosted (imported by a friend not us) and of course we see the faces of the people we work with when we see the bottles that have come from us. We’re sure this is one of the reasons why so many people love these wines. Drinking a glass is a direct link to a person not a brand. We’ve missed direct contact with so many people in the last 2 years but the connections remain strong.
View on Instagram |
5/6

foodtourist
•
Follow
Notice the subtle change of name in @twometretall’s signature early-release beer. This is NOT a marketing decision. It is a very firm statement making a stake in the ground to mark the fact that this farmhouse beer (made on a farm so they can use that descriptor with some pride) is now made entirely without the need to add any yeast. All the yeasts that do the work, including finishing the fermentation in the bottle, are living on the farm. This is no mean feat for a young beer. All we can suggest you do is get to the Derwent Valley (their rustic farm bar is open regularly (currently Fridays and Saturdays) and ask Ashley to explain how it is made and why he feels this is such an important milestone. And taste it too - complex and refreshing at the same time. Here he is in full flight … while @jane_huntington keeps everything calm and flowing! At the moment you can only taste the new beer at the bar but it will be released to a wider audience later this year. Always such a pleasure to visit and enjoy their hospitality. Not your average brewery visit!
View on Instagram |
6/6
View on Instagram