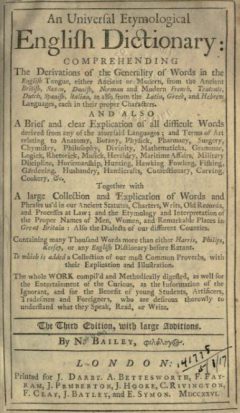 We love the term ‘Natural Wine’. Let us explain why. We have always been educators and communicators and always will be. That is why we love writing these long newsletters to explain our wines and what they mean to us. And that is why the term appeals, because it helps people communicate exactly what they mean about a naturally-fermented wine that has been made without additions and without anything being taken away from the wine.

When we first came across the term and found that there was a coherent philosophy behind it which coincided closely with our own approach to wine we embraced the term without reservation.

We saw that the term was a shorthand way of explaining exactly what the wine was. When we walked into a restaurant and asked a sommelier if there were any natural wines on their list all sorts of signals came back. It is like a Mason’s handshake. If you use the term, those who are passionate about natural wines respond accordingly.

However if you use a term such as ‘sustainable wine’ then the meaning has been so diluted and so captured by mass producers that it is irrelevant. Every winemaker claims that they are sustainable when many clearly are not.

Our previous research and thinking had concentrated on the work of Chauvet in France and the early pioneers of natural wines in Beaujolais.

However, as so often happens we had a serendipitous discovery which showed us that the debate has been going on for many centuries.

We were researching early references to fermentation for a follow up to a decade old article on our Foodtourist.com website where we looked at the benefits of fermentation for nutrition in food and drinks.

We had searched in Google’s old books collection of scanned documents for early references to fermentation to see how widely the art of fermentation was used in Europe. We found a reference to beer and fermentation in a book by Swiss humanist Guy Miege[1] who moved to England and published a number of French – English dictionaries towards the end of the 17th century. It was a reference in his Dialogues in the section entitled ‘Of the English food’.

The reference was to beer and how corks were being blown out of bottles due to fermentation in the bottle.

As we read on, the topic changed to wine and that is when it got really interesting. The dialogue is between a French traveller and a Countryman he finds on the road.

It is the first clear discussion we can find about the supposed benefits of natural wine versus manipulated wine which is actually quite astounding.

What was remarkable was his use of the term natural wine within the context of the best way to make wines and expressing disapproval of the techniques used by English winemakers, preferring instead to drink the more common ‘natural wines’.

The French traveller asks about the practice of ‘refining’ wines in England:

I hear the English Vintners refine ‘em too most ingeniously, and they have a great gift that way.

The Countryman shows his distaste for the practice when he replies:

There is doubtless too much of that true, and it is a grievous thing.

However, this Abuse is not so universal, but that one may have plenty of good natural Wine.

Below is an extract from the book showing the last quote in both French and old English.

This quote is quite astounding as it attacks the English approach to winemaking which involves ‘refinement’. Many other texts from this period also use the term ‘sophisticated wine’ to refer to wine that has been refined or manipulated.

Notice that the Countryman is saying that refinement is an ‘Abuse’ but luckily it is not so widespread so there is still plenty of natural wine.

We also found another reference in the Google collection using the term “sophisticated wine” as part of our search criteria. The new discovery was one of the most widely used English dictionaries of the eighteenth century which saw some 30 editions being published. This was the Universal Etymological Dictionary by Nathan Bailey[2] published in 1731 (MDCCXXXI).

In this publication he defined natural wine in the following way:

Natural WINE, is such as it comes from the grape without any mixture or sophistication.

Here the term sophistication is, once again, used in the same way as the term manipulation suggesting an attempt to make the wine appear ‘nicer’ perhaps by filtering or perhaps by certain additions that were common at the time to sweeten the wine.

He then goes on to define adulterated wine:

Adulterated WINE, is that wherein some drug is added to give it strength, fineness, flavour, briskness, or some other qualifications.

The original text from the book is displayed in the picture below.

We then went on to find a number of similar references around this time in the early part of the nineteenth century, with the terms natural wine, sophisticated wine and adulterated wine being very common.

We then found another reference from the early nineteenth century through some research we were doing into the first wine book written in Australia.

James Busby was a pioneer of viticulture in the Hunter Valley in New South Wales and wrote possibly the first Australian wine books[3] at the age of 24.

He also published a book called “A treatise on the culture of the vine and the art of making wine”.

One of the other books he wrote followed a trip he made to Spain and France to study winemaking and viticulture.

In this book[4] he expresses very similar sentiments to those in the references already provided above, namely that natural wine has had exactly the same definition for a very long period of time and that the term itself has maintained its meaning.

Speaking of the exportation of sherry to England on page 26 he says:

“In no case do the exporters send a genuine natural wine – that is, a wine as it comes from the press without a mixture of other qualities.”

In the mid-nineteenth century another book called “Pure Wine and How to Know It” was published by James Denman[5].

The Leader said of this book at the time:

Consistently following the course he has so long adopted, Mr. Denman vigorously pleads for natural wines against all those that are in any way sophisticated. The subject is one in which all wine drinkers are deeply concerned, but we strongly recommend to public attention the consideration of Mr. Denman’s views as they are set forth in the present handy little volume.”

Once again we have a definition which is remarkably similar to that which is still used today. However, one of the developments in thinking that we noticed in this book was a reference to the benefits of natural wine. In the following quote the author reflects our thinking about natural wines being less harmful to the drinker:

With the natural wine it is moderated in its effects, so as to exert much less power upon the stomach; and, by consequence, is not anything like as injurious.

We never expected to find a discourse about natural wines in the venerable Encyclopaedia Britannica!

In the 1911 edition of the Encyclopaedia there was featured a long article by Philip Schidrowitz who carefully examined wine production at the time. Schidrowitz was a chemist by profession with a prodigious output of papers published in scientific journals on topics ranging from one on an analysis of modern “dry” champagne[7] to one on compounds of piperidine[8] to many on rubber and its properties. Here is an extended quote from the article:

One method of assisting nature in wine-making, which is, in the opinion of the author, not justifiable if the resulting product is sold as wine or in such a manner as to indicate that it is natural wine, is the process termed ” gallisizing,” so called from its inventor H. L. L. Gall, which has been largely practised, particularly on the Rhine. The process of Gall consists in adding sugar and water in sufficient quantity to establish the percentages of free acid and sugar which are characteristic of the best years in the must obtained in inferior years. Although there is no objection to this product from a purely hygienic point of view, it is not natural wine [our emphasis], and the products present in the must other than sugar and acid are by this process seriously affected.

He then goes on to attack the practice of making wine from dried grapes:

Basis Wines. – Wines which are made not from fresh grape juice but from raisins or concentrated must, or similar material, are generally termed basis wines. They are prepared by adding water to the concentrated saccharine matter and subsequently pitching with wine yeast at an appropriate temperature. Frequently alcohol, tannin, glycerin, and similar wine constituents are also added. If carefully prepared there is no objection to these basis wines from a hygienic point of view, although they have not the delicate qualities and stimulating effects of natural wines; unfortunately, however, these wines have in the past been vended on a large scale in a manner calculated to deceive the consumer as to their real nature, but energetic measures, which have of late been taken in most countries affected by this trade, have done much to mitigate the evil.

We think that the quotations that we have provided should be sufficient to convince you that the term ‘natural wine’ has been used for a very, very long time and is not a modern invention. Rather than being a recent invention, the term has been used ever since people began manipulating wine and trying to make it more ‘sophisticated’.

[4]  James Busby (1833) Journal of a Tour Through Some of The Vineyards of Spain and France. Sydney.