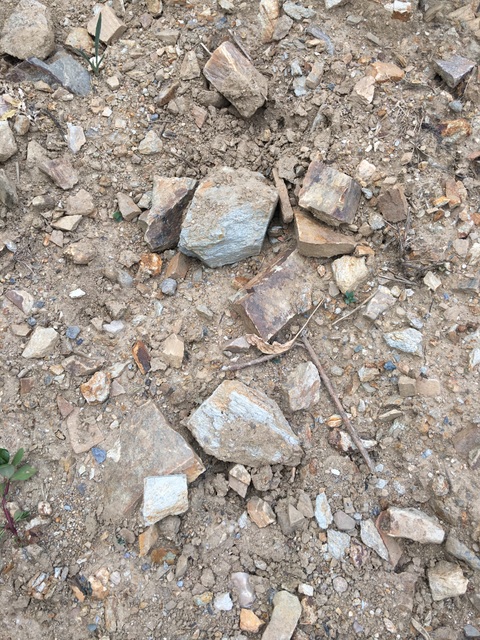 Minerality in wine and the role soil plays in contributing to minerality was the topic of a Masterclass at an early Rootstock natural wine festival in Sydney. It was interesting to participate in this event and to see how different people viewed the topic through completely different ‘lenses’.

Vineyard managers were concerned about the interplay between soil and living matter that might contribute to minerality in their vines. Winemakers were interested in the interplay between the natural fermentation process and how it reacted with minerals in the grapes
they were fermenting. Others were interested in the sense of place represented in the vineyard and what needed to be done to nurture the soils.

Italian winemaker Fulvio Bressan made an impassioned plea to everyone present to stop using irrigation in any form. We even found time to discuss briefly what was meant by minerality – once again different people had different views.

The point of difference seemed to be a problem with the definition of minerals. Geologists define minerals as the things that they see in rocks such as feldspars and quartz. They know that these are never transmitted into grapes and hence into wine. They are just too big – a feldspar, for example, can be 5 centimetres long!

However we know that when we analyse grape juice or wine we find elements in there that can only come from the soil. We also find that these elements have combined with other elements to form salts or other molecules which give the wine a unique flavour. And this is the difference.

Those who study organic matter in soils and the transfer of elements
into plants talk about mineral ions which are charged particles that can travel through the walls of plant cells given the right conditions. It is these ‘minerals’ that we taste in some natural wines that makes us feel like we are
‘sucking rocks’. And sucking rocks has its own problem because rocks do not have a mineral taste in their own right. We will explore this idea later in the article.

It all starts with rocks! There are two main types – igneous and sedimentary. These terms help us explain how the rocks were formed – igneous from molten magma and sedimentary from deposits in rivers, lakes, seas and caves.

We also like to know whether rocks are recent or ancient therefore we divide the history of rocks up into periods or eras such as Precambrian (over 550 million years old), Devonian (around 400 million years old) Permian (290), Triassic (250), Permian (200) and Tertiary (5 to 65) plus a few others.

The most primeval, the most primitive is the igneous rock granite. This was formed deep, deep below the earth’s surface from molten magma and cooled slowly as the surface was worn away and the subsequent rock was exposed. So, granite is an igneous rock (formed from molten magma) with very large crystalline structures (as a result of the slow cooling) made from minerals such as feldspar (KAlSi3O8 – NaAlSi3O8 – CaAl2Si2O8), mica and quartz.

A feldspar can be 5 cms long and 3 cms wide. We need to remember this when we consider using the term ‘minerality’ with respect to wine!

The Massif Central in France is a huge pile of granite with intrusions of basalt from the late Tertiary period. The most sought after land in the Beaujolais is granitic and there is a long-established affinity between the Gamay grape and granitic soils. In Tasmania we don’t plant Gamay even though we have mile upon mile upon beautiful mile of granitic soils on the East Coast.

The other major types of igneous rock are dolerite (intrusions closer to surface of the earth hence cools quicker than granite therefore smaller crystals) and basalt which is lava from volcanoes and other fissures that cools rapidly and hence forms very small crystals.

The second major type of rock is the group of sedimentary rocks such as sandstone, chalk, limestone, mudstone, coal, tuffeau and chert.

The finest wines of Chinon in the Loire Valley are raised in soils derived from the local tuffeau which was formed from sand and marine fossils. In the Coonawarra we see limestone sitting on a sandstone base and this soil and Cabernet Sauvignon seem to get along very well together. Riesling also benefits from sedimentary soils and sandstone in Kitterlé and limestone of Zinnkoepflé are particularly famous (however in nearby Brand and also Schlossberg the soil is granitic).

Most vines in France are planted on rocks that are Triassic or younger. And of course the centre of France is dominated by Jurassic rocks named after the Jura Mountains. Much of the Jurassic rock is limestone and the best known of the limestones is the Kimmeridgian limestone that dominates the vineyards of Chablis, the Cote d’Or, Sancerre, Alsace and Vezelay. Even the northern part of the Cognac region sits on this Jurassic limestone[1].

Champagne benefits from the chalk of the Cretaceous period (the same chalk that forms the white cliffs of Dover). This chalk was laid down as sediment in massive seas that covered this area.

This is different in the southern hemisphere where much of the Jurassic rock is igneous and much of this is shallow-intrusive igneous dolerite.

There is another type of rock called metamorphic rock which is formed when pressure and heat transform either igneous or sedimentary rocks into rocks such as gneiss, slate, marble, schist, and quartzite.

We look to the Ardennes for metamorphic rocks from the Palaeozoic that have been heated and stressed to change shales into slates or schists, sandstones into quartzites and limestones into marble.

Of course the schists of Saint Chinian seem to be perfect for the grape variety Carignan and in Fiefs Vendéens some great Pinot is produced from the sandy, schist soils there.

Of course it needs to be pointed out that vines do not survive growing on pure rock. The rocks need to be broken down to form soil. Rocks do weather through the action of wind, water, pressure and natural chemical reactions to form smaller particles and these rocks particles combine with plant matter and micro-organisms to form soil.

So when the huge feldspar minerals that can be found in granite break down they form smaller compounds based on their primal elements of sodium, potassium and silicon among others. These, in turn, can form ions which are charged atoms or molecules. The charge is present because there is a mismatch between the number of electrons and the number of protons. If there are more electrons than protons the ion is negatively charged (and it is called an anion) and if there are more protons it is positively charged (and is called a cation).

These smaller elements, ions and compounds can pass through the membranes of plants and eventually end up in the fruit. But plants tend to be very selective about what they let through and which part of the plant they allow them reach.

There are a number of essential elements or nutrients for vine health shown in the table below derived from a number of scientific papers. Note that three can enter the plant directly from the atmosphere whereas all the others need to have the right conditions in the soil to enter the plant.

These elements are readily found in the minerals of rocks such as granite and dolerite and sandstone and usually in limestone.

The concentration of potassium, nitrogen, phosphorus, sulphur, magnesium and calcium can range from 200 to 2,000 mg/l in grape juice.  Boron, manganese, and iron are present at approximately 20 to 50 mg/l, while copper, zinc and molybdenum levels rarely rise higher than 5 mg/l. There can also be traces of lead, mercury and cadmium and metal-like elements such as arsenic. Sodium is only ever present in lower levels ranging from 10 to 300 mg/l although this can be higher if sulphur is added in the form of sodium metabisulphite (Na2S205).

Not all of these are desirable. For example if calcium is present at high levels it can cause tartrate instability. Some of the heavy metals can de-activate enzymes which are so necessary during the fermentation process. Copper, for example, at levels above 9 mg/l becomes a metabolic toxin inhibiting alcoholic fermentation[2].

However it is more complex than that because iron (Fe) in low concentrations acts as an enzyme activator. But if it gets above about 5 mg/l it can cause a range of problems including assisting oxidation and causing wine to become unstable.

Some heavy metals such as iron, copper, zinc, manganese, aluminium, lead and arsenic can enter the grapes via translocation via the root system.

Of all of these it is nitrogen that is needed the most to create plant tissue and to manufacture chlorophyll (C55H72O5N4Mg). If there is insufficient nitrogen then the leaves show signs of chlorophyll deficiency and plant growth slows down. Too much nitrogen, however, leads to excessive growth making canopy management difficult. So nitrogen in spring is good – too much nitrogen in summer can lead to problems.

Potassium is vital for vine health and plays a role is controlling acidity and in the absorption of water by the vine. It is a vital component during berry development.

Magnesium is an essential component of the chlorophyll molecule and is vital for photosynthesis. Magnesium also activates enzymes required for plant growth.

As can be seen from this difficult balancing act, the presence of enzymes in the plant and the soil is another complicating factor that must be considered.

This section has been about the components of the soil required for vine health that are derived from rocks, however there is an even more important component of the soil and that is the micro-flora that help to transport these elements into the plants. If soil is lifeless due to the use of insecticides, fungicides and herbicides then the micro-flora will not be present in the soil to do their work.

Where does minerality come in?

So, the ideas mentioned in previous sections of this article seem to be at odds with what we all know. We know that if we suck on a river pebble it tastes strongly of minerals. And many expert wine tasters find similar flavours in wine. We all know that if we wander in the forest after a summer rain then we can pick up a rock and smell the minerals.

Well the answer is all to do with petrichor a term coined by two Australian researchers in the 1960s. Their research showed that the smell came from volatile oils released by the rain from plant matter that had adhered to the surface of the rocks – they called this matter petrichor after the term for the fluid that was supposed to flow in the veins of the gods in Greek mythology[3].

In fact other researchers have shown that the minerals in rocks have no flavour. It is only when they break down and get absorbed by plants that they might contribute to flavour sensations when accompanied by other components – of which acid seems to be an important factor.

Many researchers have linked this perception of minerality to the presence of acid in the wine. Most wines described as mineral are from cooler climates where acid level are higher.

So we have discounted minerals from rocks providing flavours in wine but are comfortable that elements, ions and compounds formed from the decay of these minerals can enter the vines and might be able to contribute to flavours.

[2]  Wilson, James E Terroir. The Role of Geology, Climate and Culture in the Making of French Wines. Mitchell Beazley 1998