Marc Pesnot has 13 hectares of vines in the Muscadet appellation in the village of Saint-Julien-de-Concelles which is quite close to the city of Nantes. The soils are derived from schist and the exposure to the sun is good for his vines of Melon de Bourgogne and Folle Blanche which are well over 50 years old.
Mark’s vines are within the Muscadet appellation but he has never used the appellation for his wines because he considers most Muscadet wine too industrial. Instead he carefully manages the Melon vines so that the yield is decreased and the vines are able to produce high quality grapes leading to his amazingly mineral, delicious wines.He is also intrigued by some other grape varieties including Folle Blanche and Arboriou which also produce fantastic wines under Mark’s careful guidance. 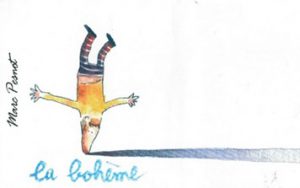 La Boheme is Pesnot’s lowest-priced wine, but what a wine it is! We love the bright minerality, the lovely acidity and the incredible length on the palate. Even though it has the humble Vin de France designation this is a very serious wine that casts most other Muscadet wines in its long shadow. The quality of the wine is due to the meticulous vineyard work that even extends to hand picking the grapes only when they are ripe even if that takes a number of passes through the vineyard at picking time. The grapes are then totally destemmed and fermented very slowly (sometimes 4 months, sometimes longer), before resting on the lees for up to six months. This is a perfect summer drink!

This is a special cuvée made with a blend of 2015, 2016 and 2017 juice. (It’s too complicated he says to explain the proportions but it’s a consequence of two devastating harvests in 2016 and 2017 because of late autumn frosts.) 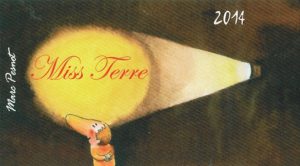 The vines for this cuvee are from 50 years old to 80 years old growing in schist soils providing the wine with additional complexity.

There is a major difference to this wine (as compared with the La Boheme) and that is because Marc allows it to go through malolactic fermentation thus producing softer lactic acids rather than the more astringent malic acids. A miniscule amount of sulphur (2mg/litre) is added before bottling.

Chris Kissak who writes the Wine Doctor blog says of this cuvee:

The palate is quiet exhilarating, with a deep texture, piles of almost sherbetty minerality and a rich, flavoursome substance. Underneath it all there is moderate acidity in keeping with the malolactic, and it is the bite of the minerally component that contributes most to the structure of the wine. The fruit has a savoury vein, and the wine a bright, vibrant, pithy finish, with an appealing bitterness to the fruit here. 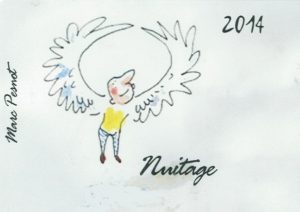 Marc applies the same philosophy of careful picking, destemming and slow pressing for this cuvee as well. The fermentation can take up to a year.

The grapes are grown on schist soils grown near Saint Julien de Concelles near Nantes.

It is made from 100% Melon de Bourgogne where the skins are kept in contact with the juice overnight before being fully pressed to provide added texture to the wine. 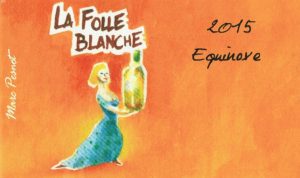 Every time this wine arrives in Australia it sells out very quickly. It is made from the Folle Blanche grape variety which are found in this area.

The vines of Folle Blanche are between 60 to 80 years old and thrive in minerally, schist soils thus giving the wine extra complexity especially when considering the very low yields that are achieved in Marc’s vineyards.

This is an excellent dry wine at only 11% alcohol that is perfect for teaming with white fish, scallops or oysters as well as many vegetable-based dishes.

Normally this wine is bottled without the addition of sulphites, however because of the troubles with this vintage he added a tiny, tiny 2mg of sulphites.

Yes! This is a wine that was made in 2011. When we received this wine in 2013, it still had quite a bit of residual sugar and we didn’t think it would work as a food wine or as an aperitif wine.

Therefore we put it aside in our warehouse to see if it would continue to ferment. Recently we decided to try it and we were very pleasantly surprised with the result! There is still a tiny bit of residual sugar but it is now down at a level that makes it intriguing. It also demonstrates that low-sulphur wines are capable of lasting just as long as those with heaps of sulphur provided they are made with care.

This is a 100% Melon de Bourgogne from the Muscadet region that is named after one of the early natural wine restaurants in Paris (we ate there in 2007) called Chapeau Melon.

Our policy when we hold a wine back such as this one is to re-release it at the original price.